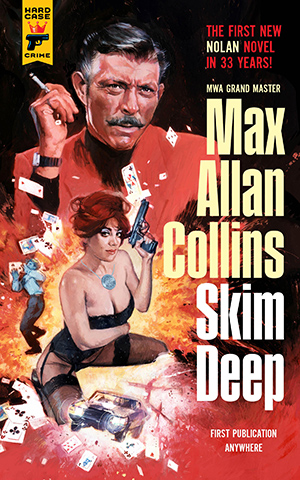 NOLAN’S BACK—BUT WILL HIS WEDDING BELLS BECOME A FUNERAL MARCH?

It’s been 33 years since the world-class thief known only by his last name—Nolan—last appeared in a novel by Mystery Writers of America Grand Master Max Allan Collins. Since then, the big man has gone straight and even proposed to his longtime lover, Sherry. But when their honeymoon plans take them to a Las Vegas casino with Mob connections, it’s going to take all of Nolan’s survival instincts—and the help of his old friend and frequent accomplice, Jon—to keep him from an unmarked grave in the unforgiving desert.